The Sacred Heart in the East

In 1995 Blessed Pope John II wrote an Apostolic Letter entitled Orientale Lumen or The Light of the East. In it he said: "Since, in fact, we believe that the venerable and ancient tradition of the Eastern Churches is an integral part of the heritage of Christ's Church, the first need for Catholics is to be familiar with that tradition, so as to be nourished by it and to encourage the process of unity in the best way possible for each." Unfortunately many Roman Catholics are not only not "familiar with that tradition" but don't even know that there are over 20 Eastern Catholic Churches, all in union with the Roman Catholic Church.  When they hear "Catholic" they immediately think of "Roman" or the "Latin Rite."  Pope John Paul II knew that in order for the Body of Christ to be healthy it needed to breathe with its two lungs--East and West. 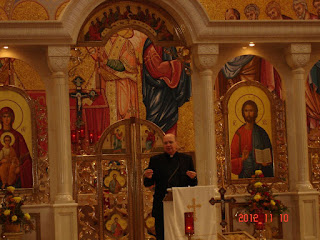 Last weekend I had the opportunity to breathe with the Eastern lung of the Church.  The Apostleship of Prayer group at St. Josaphat's Ukrainian Catholic Cathedral in Parma, Ohio invited me for a retreat day.  I had the opportunity to affirm their existence and to encourage them to share the heart-centered spirituality of the Ukrainian Greek Catholic Church, the largest of the Eastern Catholic Churches.  The Western Church tends to be very rationalistic, focused on the head.  The East has traditionally be focused more on the heart.  Where the Western Church tended to try to understand everything in a rational 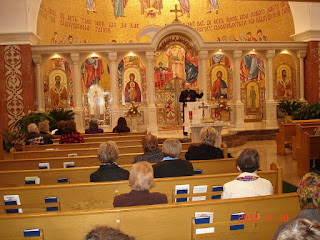 way, the Eastern Church has been more comfortable with mystery.  In the 13th Century, when many in the West began to doubt the true presence of Jesus in the Eucharist, Christ appeared asking for a feast in honor of His Body and Blood--Corpus Christi.  The Eastern Church, holding fast to tradition and its faith in the Eucharist, didn't need such a feast.  Similarly, in the 17th Century Christ appeared in the West and revealed His Heart, calling for a feast of reparation for the irreverence shown Him in the Blessed Sacrament.  Again, the East did not need such a feast.  In its Liturgy it addressed Jesus in the very intimate words, "Lover of Mankind."

Eastern Catholics have often been viewed and treated as second-class Catholics.  They were even encouraged and forced in some cases to let go of their venerable traditions and to replace them with practices from the Roman Church.  The question naturally arises, is Sacred Heart devotion such a practice, foreign to the Eastern Church and its spirituality? 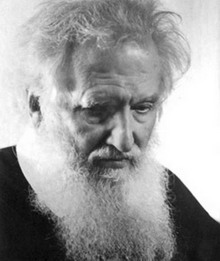 One of the great heroes of the Ukrainian Greek Catholic Church, the Servant of God Andrey Sheptytsky (1865-1944), who was the Metropolitan Archbishop of his Church from 1901 until his death in 1944--a very difficult period in Ukrainian history--didn't think so.  At the Archeparchial Synod in Lviv in 1940, he proposed a special decree on the Love of Jesus.  He wrote: "By employing the term 'the Heart of Jesus' as a symbol of all the rich interior life of Christ, we ascribe it all to his love. All this we worship. In that symbol we have an excellent synthesis and a concrete sign of the infinite treasures of Christ's soul and the inexhaustible source of God's priceless gifts to us."

He also wrote about the great spiritual advantages that people would find through this devotion, using words that remind us of the Twelve Promises of the Sacred Heart:  "In the parish where the faithful venerate Christ the Savior under that form, or in that manner, the whole spiritual life begins to flourish, people flock to church, the number of those who receive the Holy Eucharist is increased, vices begin slowly to disappear from among the people, concord and love reign in families, parents come to learn what a treasure children are to them, children learn to respect and love their parents.  With the cult of the Sacred Heart of Jesus, all things begin to change in the parish--just as when spring arrives, all nature awakens to new life. Hence, it is the unquestionable obligation of every pastor to foster this cult in his family, in other Christian families, and in the whole parish."

For Metropolitan Sheptytsky, devotion to Jesus under the symbol of His Heart, would help deepen the spiritual life of every individual Catholic, every family, and every parish.

And so, the Archeparchial Synod of Lviv, in a directive dated December 20, 1940, told its priests to read an act of consecration to the Heart of Jesus after the Divine Liturgy every year on the third Sunday following the Descent of the Holy Spirit.  It also approved the Apostleship of Prayer and recommended that it be introduced throughout the Ukrainian Greek Catholic Church. 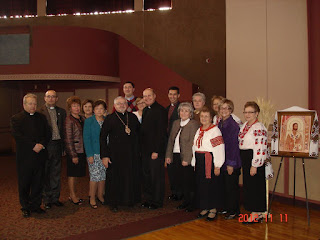 This is the origin of the Apostleship of Prayer group that meets at the Eparchy of Parma's St. Josaphat's Cathedral.  My weekend of retreat and then the celebration of a feast day dinner with Bishop John Bura and the parish, was an example of how the Heart of Jesus can be the source of unity.