The daily Mass readings during Lent are special because the first reading and the Gospel are designed to complement each other.

Today's first reading (Isaiah 55: 10-11) says that the word of God waters souls just like the rain and snow water the earth. The word of God bears fruit. In the Gospel (Matthew 6: 7-15) Jesus shares a word from God and teaches his disciples and us how to pray. The prayer he taught--the Our Father--has nourished Christians for centuries.

After teaching that prayer, Jesus goes on to show how essential forgiveness is for a good relationship with God. Not just God's forgiveness of us, but our forgiveness of others.  This word of Jesus often falls on hard hearts like rain drops on concrete. God wants to nourish us with that word and soften our hearts but we need to receive it.

One of the most striking examples of someone who received that word and allowed it to change his life is Fr. Lawrence Jenko. Fr. Jenko was a Servite priest who was kidnapped in early 1985 in Lebanon where he was the director of Catholic Relief Services.  He spent the next 18 months in captivity. 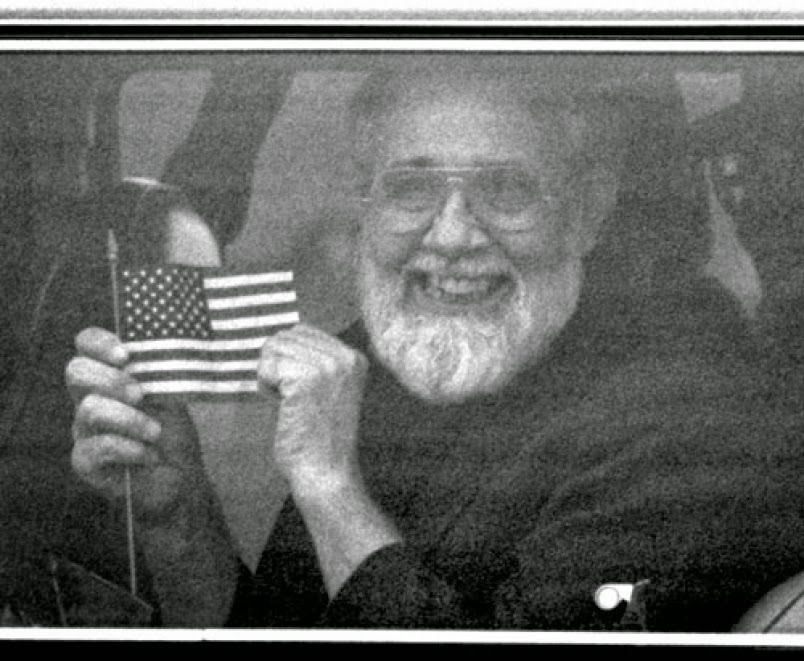 A year before his death in 1996, his book "Bound to Forgive: The Pilgrimage to Reconciliation of a Beirut Hostage" was published.  The following story of forgiveness comes from the first pages of Chapter 1:

Toward the end of my captivity one of my guards, a man named Sayeed who had at times brutalized me, sat down on my mat with me. He had recently started calling me 'Abouna,' an Arabic name meaning 'dear father.' At first I was Jenco, then Lawrence, then Abouna, indicating by the choice of names and tone of voice that a change of heart was taking place. He asked me if I remembered the first six months of my captivity. I responded 'Yes, Sayeed. I remember all the pain and suffering you caused me and my brothers.' Then he asked 'Abouna, do you forgive me?'

These quietly spoken words overwhelmed me. As I sat blindfolded, unable to see the man who had been my enemy, I understood I was called to forgive, to let go of revenge, retaliation, and vindictiveness.

And I was challenged to forgive him unconditionally. I could not forgive him on the condition that he change his behavior to conform to my wishes or values. I had no control over his response. I understood I was to say yes.

I said: 'Sayeed, there were times I hated you. I was filled with anger and revenge for what you did to me and my brothers. But Jesus said on the mountain top that I was not to hate you. I was to love you. Sayeed, I need to ask God's forgiveness and yours.'

Fr. Jenco realized that he was called not only to forgive his captor but to ask for his forgiveness as well. The same seeds of hatred that led Sayeed to brutalize Fr. Jenco were in his own heart.  But the word of Jesus upon which he had meditated for so many years had softened his heart and nourished it. The word removed Fr. Jenco's own hatred and violent thoughts. He confessed his own guilt, his own need for forgiveness.

Thus the word of God comes to us not only when the Scriptures are proclaimed at Mass or meditated upon in our prayer. The word changes bread and wine into the Body and Blood of Christ so that  the Word of God can take flesh and give himself to us.  With every word of Scripture and every Mass in which we participate, the Word of God--Jesus--transforms us so that we can love and forgive as he did when he prayed and died for those who crucified him.
Posted by Fr. James Kubicki, S.J. at 1:41 PM