Mass in the Tomb 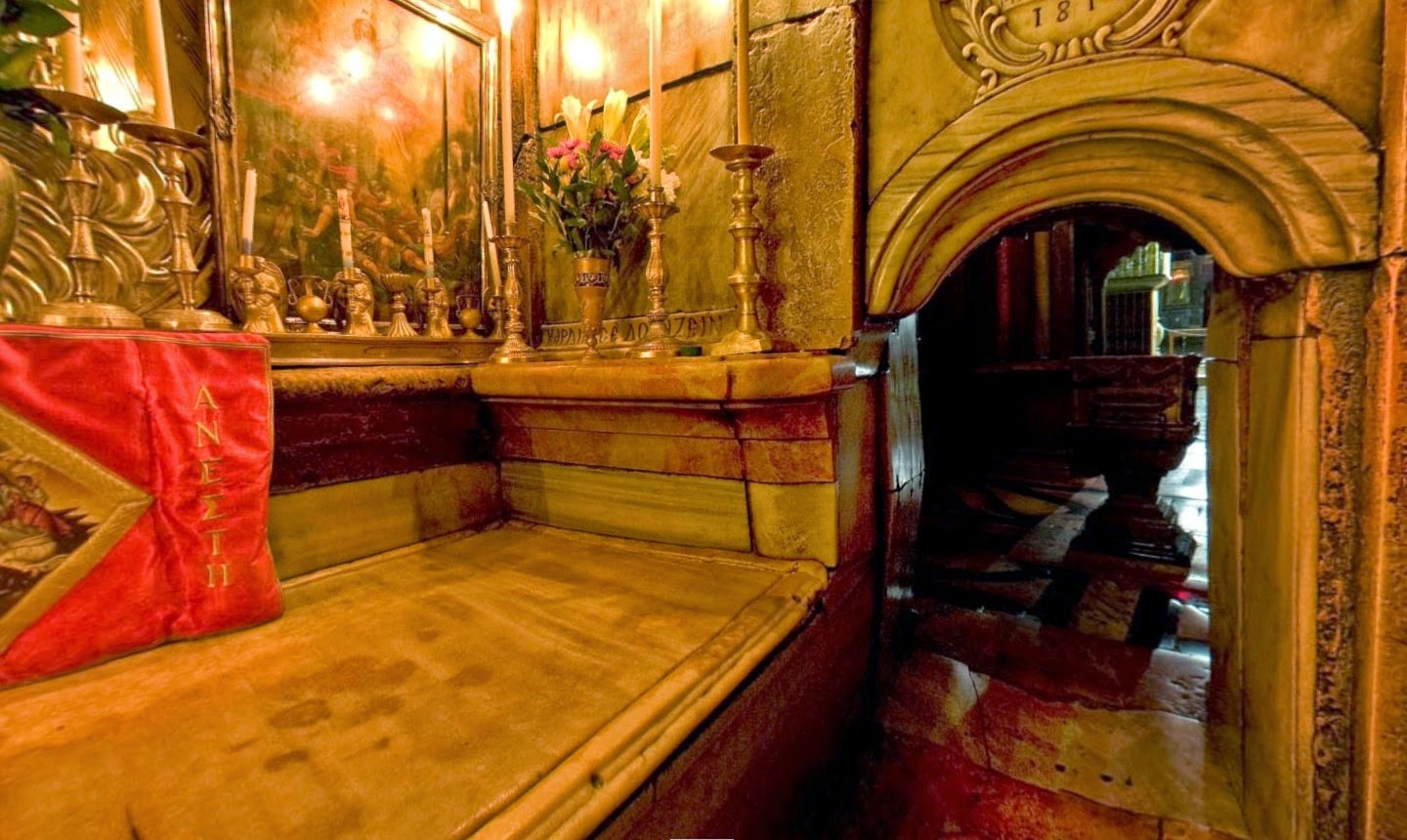 In 2006 I was chaplain for a pilgrimage to the Holy Land that was organized by Mater Dei Tours.  There are many memories that I carried away.  I've been reading Jesuit Fr. Jim Martin's recently published book "Jesus: A Pilgrimage" and it has brought back some of those memories which my mind's hard-drive had misplaced.  I'm looking forward to getting near the end of the book where I'm sure Fr. Martin will write about the tomb of Jesus and his resurrection. That remains one of my most vivid memories.  And it's one that has been on my mind a lot this Easter.

One morning our group of 45 or so pilgrims got up early and went to the Church of the Holy Sepulcher.  We had visited it the day before and were returning for something special: Mass in the tomb of Jesus. Today the tomb consists of a small cave-like chapel in the middle of a large church. You have to bend down to get through the doorway and only three or four people at a time can fit in the chapel.  Our group and several passersby gathered in chairs outside the tomb and we celebrated the first part of the Mass, the Liturgy of the Word. Then, for the second part, the Liturgy of the Eucharist, I entered the tomb and prepared the gifts of bread and wine on a stone slab which served as the altar. Tradition has it that this is where the body of Jesus was laid after it was taken down from the cross, anointed, and placed in the tomb. I prayed the Eucharist Prayer and after the Consecration it happened.

Part of the Eucharistic Prayer includes prayers for the deceased. Out of the blue, as I prayed those prayers, I thought of my deceased mother, father, and sister. And the thought occurred to me: here I am remembering them at the very place where Jesus rose from the dead.  That thought brought me profound peace and joy.  I finished the Eucharistic Prayer and exited the tomb to invite the congregation to pray the Our Father.  Later, people said couldn't believe the radiance that shone on my face.

My face has lost the radiance of that moment, but the memory lingers and continues to bring a smile to my face.  As it should.  Christ is risen!  He is risen indeed!  And so shall we!
Posted by Fr. James Kubicki, S.J. at 3:29 PM