"My Heart Is Overwhelmed"

The book of the prophet Hosea is one of my favorite books in the Hebrew Scriptures. I don’t recall ever reading it before I entered the Jesuits at the young age of nineteen and so it made quite an impression on me when our novice master quoted from it as he spoke to us about the overwhelming love of God.

Chapter 11 of Hosea is particularly striking. Speaking through the prophet, God says: “I fostered them like one who raises an infant to his cheeks.” Like a good parent, God is moved by the pain that a child’s rebellion causes both the child and the family. While God is angry with sin and its consequences, there is also deep compassion for the child who will ever be God’s child.  God says: “My heart is overwhelmed, my pity is stirred.”

In 1981 at a Sacred Heart Conference in Toulouse, France, Cardinal Ratzinger spoke about this line. 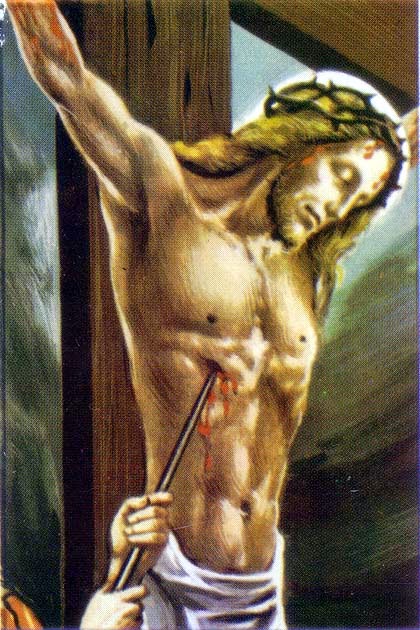 That talk can be found in the book “Behold The Pierced One.” According to the future Pope Benedict, the word “overwhelmed” actually means something much stronger.  He writes:

“God’s Heart turns around—here the Bible uses the same words as in the depiction of God’s judgment on the sinful cities of Sodom and Gomorrha (Gen 19: 25); the word expresses a total collapse: not one stone remains upon another. The same word is applied to the havoc wrought by love in God’s Heart in favor of his people.”

Then, speaking about how the New Testament is the fulfillment of this prophetic word, he writes:

“Here we see the upheaval in the Heart of God as God’s own genuine Passion. It consists in God himself, in the person of his Son, suffering Israel’s rejection. … God takes the destiny of love destroyed upon himself…. According to Hosea 11, the Passion of Jesus is the drama of the divine Heart.  … The pierced Heart of the crucified Son is the literal fulfillment of the prophecy of the Heart of God. … We can only discern the full magnitude of the biblical message of the Heart of God, the Heart of the divine Redeemer, in this continuity and harmony of Old and New Testament.”

We often use the expressions, “my heart is broken” or “my heart breaks for you.”  While that captures more of the sense of what is translated as “overwhelmed,” it too is not as strong as the original meaning of the word that is used to describe what Cardinal Ratzinger calls “the havoc wrought by love in God’s Heart in favor of his people.”

Who would not be moved to want to bring consolation to this Heart that is broken by and for humanity?  This is the ultimate meaning of devotion to the Sacred Heart of Jesus.