I celebrated Mass this morning with some of the Apostleship of Prayer staff and four women who are members of the Marian Servants of Divine Providence.  The Mass was part of a re-commitment ceremony in which that group made promises to continue as Servants for one year.

The Marian Servants are a Private Association of the Christian Faithful that was recognized by Bishop Robert Lynch of the Diocese of St. Petersburg in 1997.  A flyer that the Servants shared with me states: 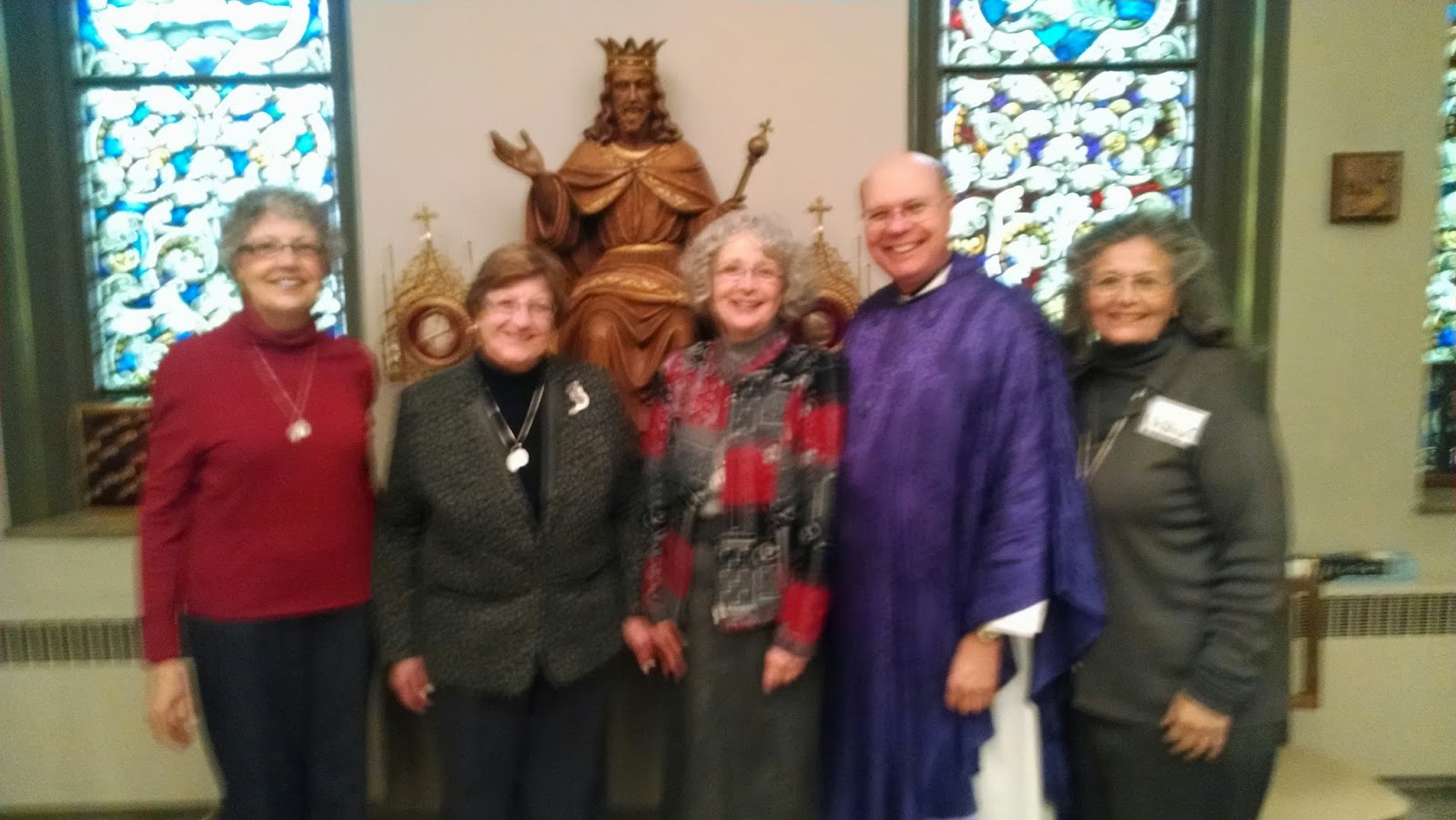 Each local community has its own unique ministry and name. After a period of discernment, the
Milwaukee group decided to call itself "The Marian Servants of Jesus Christ Lord and King."  Providentially, the small chapel where we celebrated Mass today has a statue of Christ the King.