In the Gospel at Mass today (Mark 8: 27-35) Jesus asks his disciples what people are thinking and saying about him.  "Who do people say I am?"  People think he is the reincarnation of John the Baptist or Elijah or another of the prophets of old.  Then Jesus asks, "but who do you say that I am?"  Peter gets it right.  Having spent some time with Jesus, he can rely on his own experience and not on what others say about him.  He answers correctly: "You are the Christ."  You are the Anointed One of God, the Messiah.

But then Peter gets it wrong.  As Jesus teaches the disciples that "the Son of Man must suffer greatly, and be rejected by" the leaders, "and be killed, and rise after three days," Peter "rebukes" Jesus.  This must never happen to you!  Jesus in turn "rebukes" Peter, calling him "Satan," the tempter who tries to prevent humanity from following God's will.

Peter and the disciples think that the Messiah will exhibit great military might and overcome the oppression of the hated Roman occupying force.  Jesus teaches that instead the Messiah will fulfill the prophecies of Isaiah, one of which we have in our first reading from chapter 50, in which the Anointed One of God will save through suffering.

We too are called to know Jesus and not simply know about him.  This knowledge comes from a personal relationship with him.  How do we find that today, so many years after Jesus walked this earth with his disciples?  First, we encounter Jesus in the Scriptures.  There we not only read about Jesus but we meet him.  He speaks to us.  We encounter him in an intimate way in the Eucharist where Jesus renews his total offering of himself for our salvation and gives himself to us in a holy communion.  And we encounter Jesus in the Church, the Body of Christ.  We meet him in one another.

We too are "anointed ones of God."  At baptism we became part of the Messiah's Body, the Body of the Christ and we were anointed.  We became "Christians" or anointed ones through the sacred chrism which we received.  We are anointed as Jesus was and so we share in the work of the Messiah who came not to save Israel from the Romans but to save humanity from sin and from death.  Being Christians does not mean that we will be free from suffering.  Instead, through our own sufferings and daily crosses we will work with Jesus to free the world from sin.

Last week we celebrated the anniversary of the events of September 11, 2001 when terrorists commandeered four planes.  Three of them hit their targets--the World Trade Center and the Pentagon.  One did not; because of the heroes on board it crashed in a field in Pennsylvania.

Some years ago I spoke about these events at a retreat and after my talk a man named Vince came and
told me that his college roommate was Tom Burnett, one of those heroes.  When Vince went to the memorial service for Tom back in his hometown of Bloomington, MN, he thought at first that he had the wrong person.  The man described by those who offered eulogies was someone who went to Mass every day.  The "Tom Burnett" Vince remembered was someone who had drifted away from the practice of the faith. 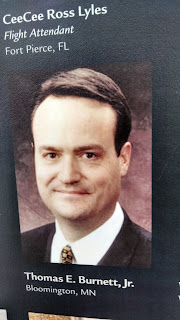 After the service Vince introduced himself to Tom's widow Deena and asked what had happened in the years since he had last seen Tom.  Deena explained that Tom had returned to the practice of his faith. She said that several years before his death he had stopped coming home for lunch.  His job, at a medical technology company in California, was close to where he lived and he used to come home for lunch.  When he stopped coming home for lunch, Deena thought he was just putting in longer hours.  Six months before his death he told Deena that he had been going to daily Mass at a local church.  He explained that he felt God was calling him to do something but he didn't know what.  He figured that if he went to Mass and prayed he would receive an answer.  He had a growing sense that he was going to do something big that would impact a lot of people.  And, Deena told Vince, he knew one more thing: it had something to do with the White House. 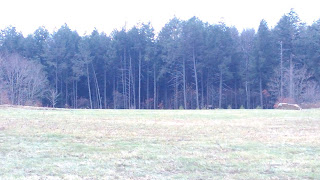 On September 11, 2001, thousands of feet above the earth, Tom Burnett knew what his life had to do with the White House.  He knew where that plane was headed.  He and the others acted, sacrificing themselves so that a greater tragedy would not occur.  They couldn't get control of the plane but they were able to crash it in a field near Shanksville, PA.

What Tom and the others did was heroic.

As Christians we are all called to be heroic--to sacrifice ourselves, like the Messiah, like Tom, for the good of others.  When children put aside their own desires to obey their parents, they are being heroic.  When parents love their children in difficult circumstances, they're being heroic.  When grandparents care for grandchildren because the parents are not there for them, they are heroes.  When spouses care for their husbands and wives afflicted with Alzheimer's, they are loving heroically.

Where do we get the understanding, the courage, and the strength to be heroes?  Where Tom Burnett did.  From the Word and Sacrament, from the encounter with Jesus, that is available every Sunday, in fact, every day.
Posted by Fr. James Kubicki, S.J. at 8:22 PM